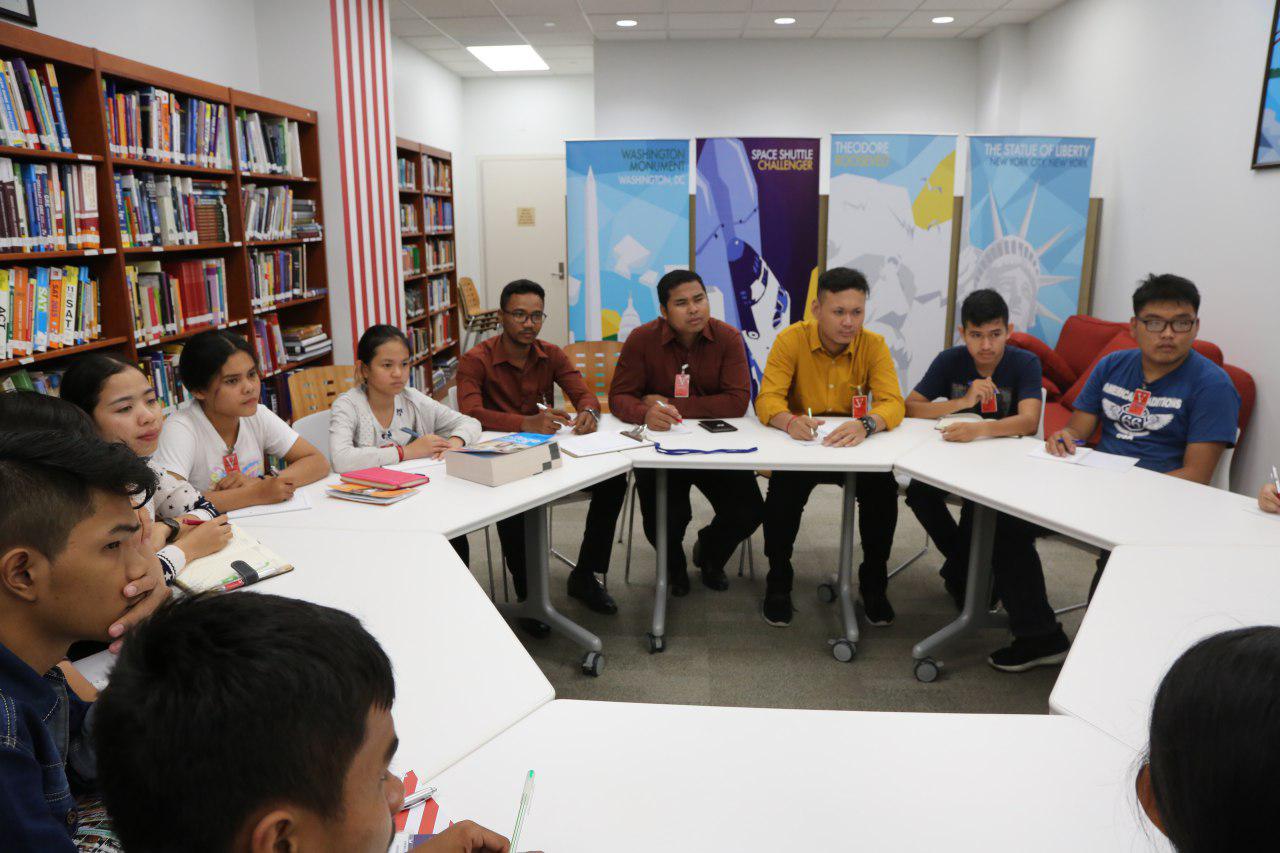 On June 08, 2018, through Center for ASEAN Studies a group of students from CAM-ASEAN International Institute invited to attend a lecture about American National Security Strategy (NSS) hosted by the U.S. Embassy of Phnom Penh.

The students led by Mr. Yann Aoudourm, Director of Center for ASEAN Studies (CAS) of CAM-ASEAN International Institute.  “It was such a great experience to visit there and asked about the U.S. Foreign Policy towards Indo-Pacific” Ms. Veng Sreypov, intern of the CAS said.

The lecture concentrated on “President Trump National Security Strategy” released in the late 2017. It was

shared by the American counsellor and the Public Affairs officers of Embassy.

In an alignment with the NSS, Trump Administration emphasizes the ‘Indo-Pacific’ stretches from the West Coast of the India to Western shore of the United States. The focus expands from The Pivot to Asia to Indo-Pacific resulted from the recent rise of the newly industrialized economy such as India, Singapore, China and South Korea as well as some of ASEAN members. It strategically significant that Cambodia is located in the central of the US geo-political landscape where Cambodia could positively effect from the NSS moves.

In Indo-Pacific, American government is focusing on free and open sky and see, free trade and accesses, and fair, accountable and transparent governments.